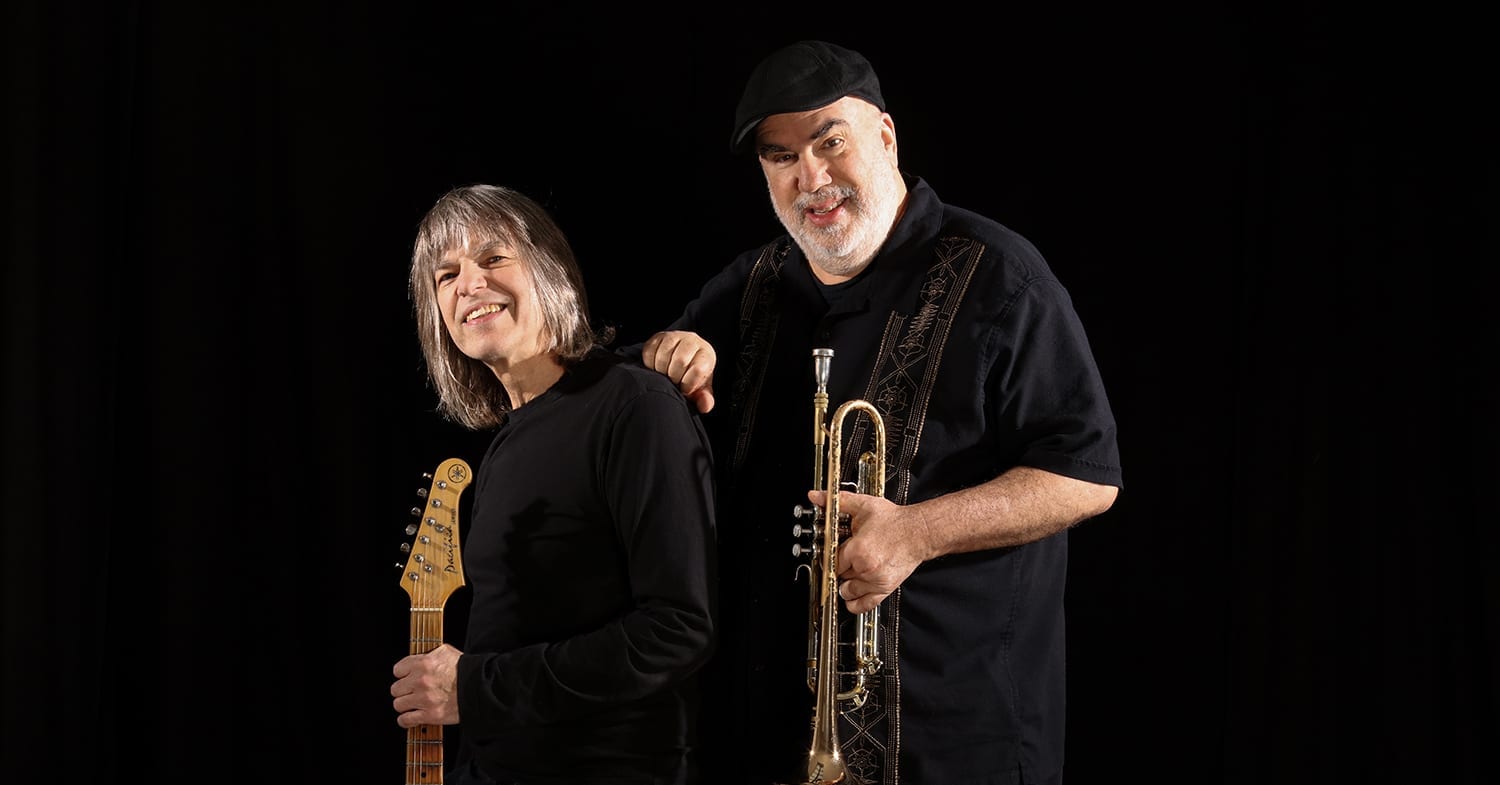 Mike Stern is reckoned as one of the greatest guitarists of his generation. His guitar skills are extraordinary.

In his playing you can hear both influences from bebop as well as blues – and with the intensity of rock music. Most people will know him from more fusion based music.

Mike Stern has had a brilliant career going all the way back to when he played with ‘Blood, Sweat and Tears’ in the 70’s and with Miles Davis in the 80’s. He has been named Best Jazz Guitarist of the Year several times in various music magazines, and he has been Grammy-nominated six times.

The trumpeter and composer Randy Brecker has shaped the sound of jazz, r’n’b and rock for more than four decades. With his distinct trumpet sound he has contributed to more than hundred records with a wide specter of artists such as James Taylor, Bruce Springsteen, Parliament, Frank Sinatra, Steely Dan, Jaco Pastorius and Frank Zappa.