Lionel Richies merits as a singer, writer and musician are overwhelming – with loads of hits.

13 singles made the Billboard top-100. He has sold more than 100 million album, won five Grammy awards, and an Oscar for best film music. His career goes all the way back to the 70s, where he was a saxophone-player and singer with the legendary Motown band The Commodores.
His solo career took off in 1982 with a self-titulated album. «Hello», «All Night Long», «Dancing On the Ceiling», «Stuck On You» og «Say You, Say Me» are just some of the classic hits with his signature – but the biggest hit is probably “We are the world”, which he co-wrote with Michael Jackson.

Even after the emerge of online music streaming, he is still a very popular live artist. In 2015, he filled the “legend-spot” at Glastonbury Music festival, playing for over 200.000 people – showing that he is still one of the biggest legends in the history of American pop music.

The veteran is well-known for giving the audience value for their money, and the last time he visited Norway was 2016 (Bergen and Sarpsborg).

In Sarpsborg, over 12.000 people were thrilled by his performance – and so will you! 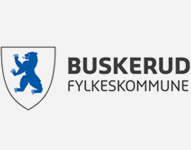