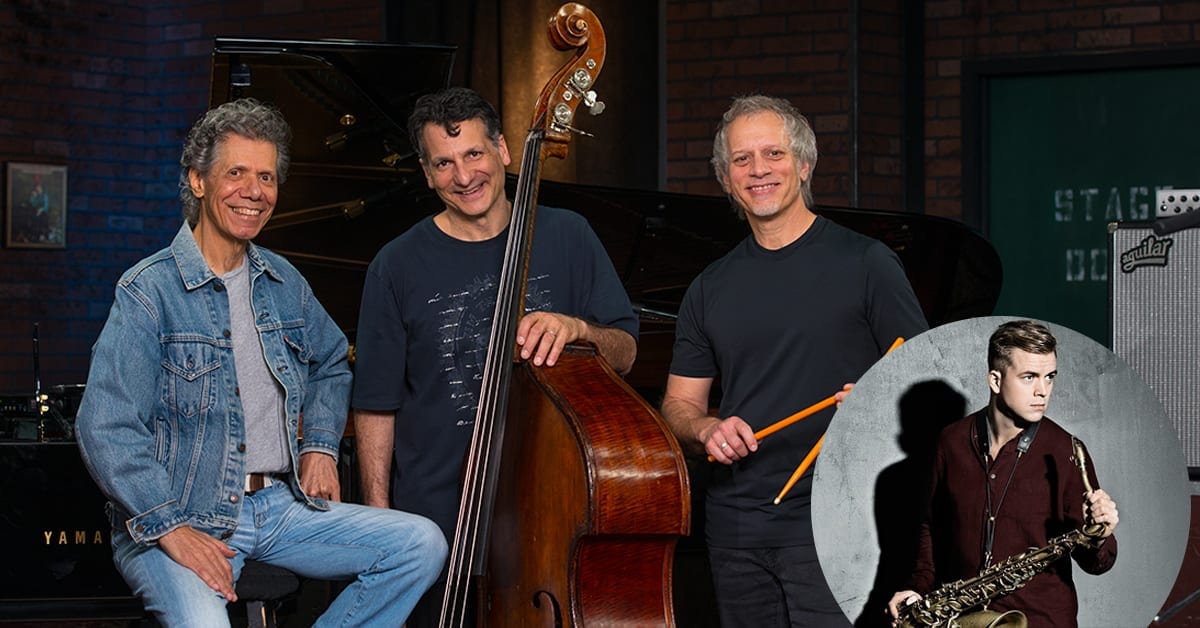 A logical next step in light of the tremendous worldwide response to Chick Corea Elektric Band’s innovative and forward-thinking compositions, the Akoustic Band was an acoustic trio including Chick on piano, John Patitucci on upright bass, and Dave Weckl on drums.

During the height of the Elektric Band’s early years, Chick was encouraged by fans and promoters to form a touring acoustic group. In the late ’90s, it had been quite some time since Chick played in a trio. The band recorded two records – 1989’s Grammy winning Akoustic Band, and 1991’s Alive, both on GRP.

Akoustic Band was the ensemble’s only studio record. A combination of standards and original music, it brought the Elektric Band’s modern and precise executions to the acoustic trio concept – but with plenty of chemistry and a high degree of improvisation.

Norwegian jazz comet, saxophone player and composer Marius Neset was granted Kongsberg Jazz Festival’s own musical award in 2017, and will do three unique shows at the festival in 2018, among these a commissioned piece for London Sinfonietta.

There are only a limited capacity of seated tickets available for this show.